„With nutritionally-depleted foods, chemical additives and ourtendency to rely upon pharmaceutical drugs to treat what’s wrong with
our malnourished bodies, it’s no wonder that modern society is getting sicker. ‚Food Matters‘ sets about uncovering the trillion dollar
worldwide „Sickness Industry“ and giving people some scientifically verifiable solutions for curing disease naturally.“ – James

And in what promises to be the most contentious idea put forward, the filmmakers have interviewed several world leaders in nutrition and natural healing who claim that not only are we harming our bodies with improper nutrition, but that the right kind of foods, supplements and detoxification can be used to treat chronic illnesses as fatal as terminally diagnosed cancer.

‚Food Matters‘ is to be launched globally via the internet using full screen video technology.

The film’s official website can be found at: http://www.foodmatters.tv 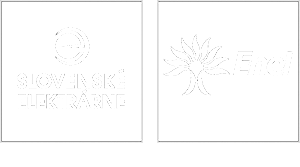